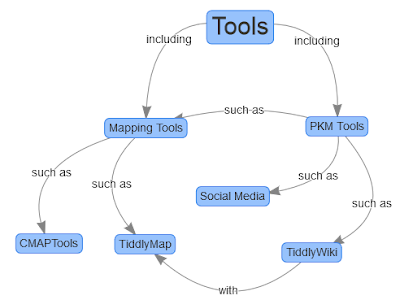 Many thanks for sharing your thoughts on TiddlyMap, I really enjoyed reading the article! For me as a developer it is always of great value to receive this kind of sophisticated feedback :) With all the options TiddlyMap offers by now, I am sometimes slightly worried that less experienced users might feel a bit overwhelmed by the possibilities that exist (especially when it comes to styling nodes and edges). For this reason I found your last advice of having a little bit of a coder's brain quite suitable :)