First little outdoor adventure of 2017.  It was meant to be "WINTER" hiking and the winter part of it was definitely on location.  15-20 F with significant winds at times and one inch of snow on the ground which made it pretty but also slightly more dangerous because you can't tell what's under the snow.

Warming up with a cup of cocoa later on, I had to do a map and I experimented with a backgruond image (a photo taken during the hike).  It's more a set of small lists than a good map, but not all maps have to be perfect.  This one is good enough for what it's meant to do, just serve as an easy reminder of the hike and what I learned from it. 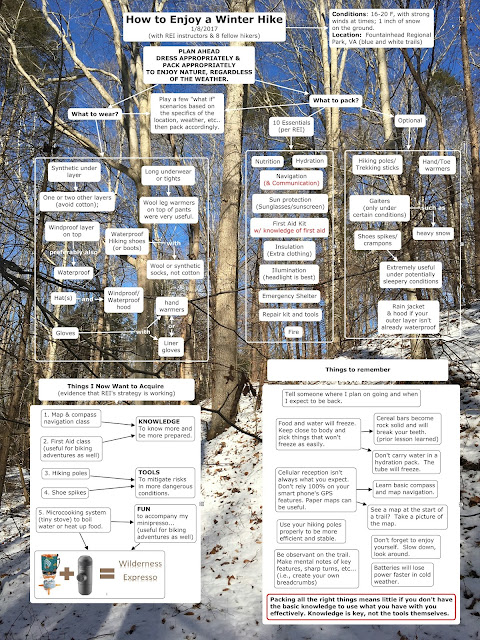